Successful presence and awards for Louis Hotels at the World Travel Market in London!

Louis Hotels had yet another successful presence at the “World Travel Market” International tourism exhibition, which took place from the 5th-8th of November in London. At its impressive stand, Louis Hotels presented all the group’s hotels and the services they provide, to the thousands of visitors at the exhibition which were mostly professionals in the tourism sector. Special emphasis was given on the promotion of the company’s new hotels, such as Louis Ivi Mare, the luxurious hotel located in Paphos which is planned to open in May 2019. 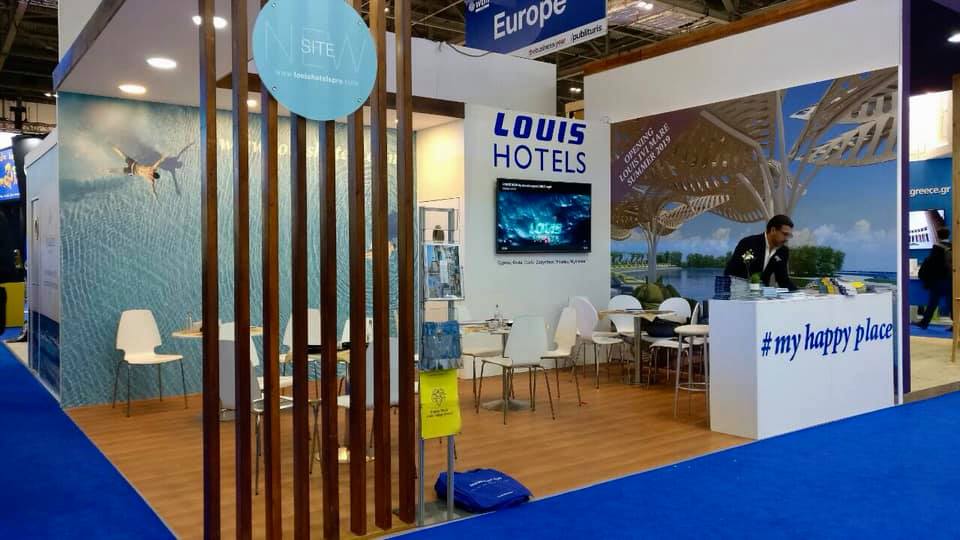 The World Travel Market has been established as one of the most recognized tourism exhibitions on a global scale, and it was held for the 39th consecutive year. More than fifty-one thousand exhibitors from 38 different tourism, accommodation and travel professionals took part this year. This shows the popularity of the exhibition and its great appeal in the tourism industry.

Additionally, TUI organized and hosted a special event for more than 300 of their partners from all around the world. During the dinner, two of Louis Hotels’ units, namely The King Jason and Nausicaa Beach in Protaras, were awarded golden prizes for being amongst the 4 best hotels in their category, following a voting procedure among  TUI’s customers.